So I started binging on different articles today and figured we need our first Random Links of the Day for the year 2021. So with that said, here we go

Five Ancient Wonders of the UK

A New Yorker finds old photos including a Portrait of Susan B. Anthony

A Breakthrough in Quantum Photonics will create new optics

The Juno Spacecraft will explore Jupiter for Four more years

The Dagda (The Good God)

Deep Ocean plastic is a Haven for Life

Paying Mother Nature Back For her Hard Work

The Blakiston Fish Owl, World’s Biggest Owl is in decline. But it’s not too late to save them

Mummy with a Gold Tongue found in Egypt

The whale that was discovered dead on the beach (from chocking from plastic) in 2019 turned out to be an entirely new species. And there’s apparently less than 100 of them. So yay, another species humanity will probably kill. Sorry everyone. It’s just the idea that something so majestic was killed by plastic that was underwater.

The study on this poor creature is here :

The statement from NOAA is here :

It’s called the Rice’s Whale. Let’s all do our part to ensure that this whale species survives.

Another strange anomaly detected on the Moon. Figured I’d share the YouTube video with all of you.

In the Last Random Links of the Day, I made it all about the Creepy and Strange. This time I wanted to balance it with something nice. So on this Random Links of the day, I wanted to show you all the slow return of nature (no matter how brief) to power. And the spirituality that many people take for granted. In this case, the Feng Shui of the House.

So I hope all of you will enjoy this edition of the Random Links of the Day.

The Proper Feng Shui for One’s Own Front Door

Take Care of the Feng Shui of Your Main Door

Fixing Feng Shui for the House

Oldest Houses in the World that are still standing

When the Earth decided to hit back : Covid-19

Earth continues to repair it’s Ozone Layer amid the Lockdown

The Silver Lining in the Lockdown Cloud : We’re waking up to reality.

NASA Satellite Shows how much Cleaner China got during the lockdown

Did NASA actually find Parallel Universe? Or is it all just a Tabloid Headline? (The Actual Research is amazing non the less)

Something to make you all laugh

The Wetland Wanderer, an amazing woman who fights for Florida to be cleaner and better. Watch episodes of her Podcast (Also look at other things from the Dogwood Alliance)

How Florida’s Wetlands are a natural shield for disasters

The House of Art (Kristeks House)

Another case of Nature Regenerating itself! Mount St. Helen is starting to become Green and Grow Flowers yet again

Pictures of People in London under Quarantine

https://www.atlasobscura.com/articles/photographs-from-quarantine-london
And finally, one of my favorite additions :

(This one’s a doozy trust me. He was in a Cult whose leader was arrested for conspiracy to murder).

Interstellar Space even weirder than expected

Strange Remains, this is a wordpress site I use to research murders and strange deaths. Really good info for the wanna-be researcher

Speaking of which, this is a post they made that I find fascinating

Is this the face of ‘Bella in the Wych Elm’?

Scientists discover how to generate energy from nothing but thin Air

Just somethings I thought all of you would enjoy

Black Birds or something else?

Letters from the Grave

The Magnetic North just changed, here’s what that means

Another Mothman Sighting reported in Indiana

IFA Calender for this Month

Some of my favorite Blog Posts

On the Libra ♎ New Moon

When the Veil is thin and the Worlds collide :

Terrifying account of being stalked by Biped creature in West Virginia

Ghost in a Black Hoodie

Now this isn’t an Occult link, but it is interesting

Scientists who are bringing extinct species back from the dead

Now this one, is a very strange one That caught my attention. Black Eyed Children at Juvie Hall

So, I realize that Ghost Month ended Sunday the 9th. And I haven’t been active in writing about the changes in energy. Or that this Saturday will be the autumn equinox/Mabon/Alban Elfed/ Descent of Persephone etc.. plus Venus is in Retrograde (Another fucking retrograde? Come on! Even I’m overwhelmed). But that’s because I’m focused on the incredibly life changing event happening right now. A strange Disk Shaped UFO with smaller UFO’s are near the Sun right now.

The FBI has shut down a bunch of solar observatories. And to top it off, so have a few other countries.

Some really weird shit is happening with our government and #OuterSpace lately first the International Space station went on Lock down (continued in comments) https://t.co/uqeXxGxUF4 #Strange #Odd #Weird #Extraterrestrials #Aliens #USA #US

Even the International Space station was put on lockdown. On the first observatory shut down :

You can read about the other observatories here :

So suffice it to say, I am praying to every God I know this isn’t an invasion. And it just had to happen when Fucking Trump was President! – M 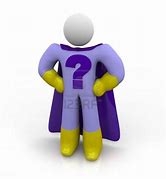 So I call this weird and interesting because these are articles that showed up on my feed recently that I wanted to share with you. Some are science and others are Paranormal in nature. Enjoy!
Giant Harry Creatures discovered in Siberian shores

Stalked by a Skinwalker

Oldest Galaxies in the Universe Discovered

And of course, this bullshit

#Colombia health official warns against having #sex during heat wave. So instead of trying to undo #GlobalWarming ….they tell people to have less sex? Does that include the corrupt Colombian government officials cheating on their spouses?) https://t.co/L380oU46n8 #FuckOuttaHere 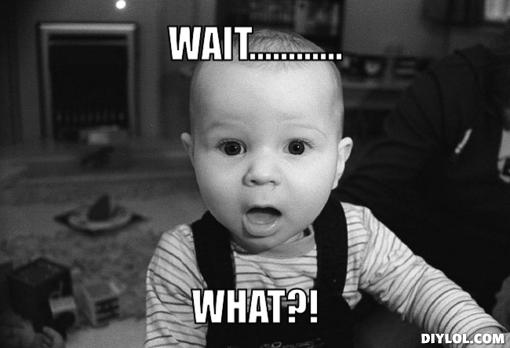 So a lot of people seem to be confused. I made a science post the other day and that seems to have thrown everyone off. So I figured I would take the time to talk about this. I make posts about a variety of subjects. This includes and is not limited to : folklore, paranormal phenomenon, archeology, sociology, philosophy, history, and science.

I make the occasional tv show and movie posts as well. I often rage like a nerd about Star Wars. A few days ago on twitter, my feed blew up because my tweets on the scientific discovery of the Whale Dolphin hybrids were featured. My tweets were number three and four on Twitter Moments. I also got harrassed by Christians and Atheists who went ape shit because I said “Mother Nature”.

Just to be clear, I was not referring to a deity. While in my beliefs I do believe that Gaia is the Mother Earth and creator of the Universe that’s not what I meant. When I said mother nature here I was referring to the Gaia Hypothesis. This is a hypothesis that posits that our planet is actually alive. That it is at least a semi sentient being.

Think of the movie “Avatar”. The planet Pandora was actually alive and interacted with nature. That’s what at least some scientists believe about our world. You can read about this here :

So basically, I was speaking of the planet and it’s eco system in conjunction with Evolution. As a Pagan this study actually supports my own beliefs in animism. There are even some branches of Christianity who agree. The Episcopalian/Anglican Church states that animals have a common soul. And that they can tap into it.

That when they die they go back to their own source animus. It’s similar to Star Wars with “the force”. Pagans can also believe in science. We aren’t threatened by it. You’d be amazed by how many of us started out as Astrophysicists or med students.

And still study these fields. Some of us stay up to date with stuff like this all of the time. For instance, the Socialist native government in Bolivia under Evo Morales has even acknowledged the Earth as a living entity. They passed a law over there where they gave Earth protected rights. You can read about this here :

Even if none of this supported my personal beliefs, I would still share it. I would still write about it. This is how I write. I don’t think that anyone should ever be limited to a category or categories. So don’t be surprised when I randomly post things that don’t fit the blog description. This is my personal space.

And you’re all welcome here. I hope that explains everything. Enjoy,

Here is the moment I was featured on